Mangrove plantation in coastal region during 2010-2011 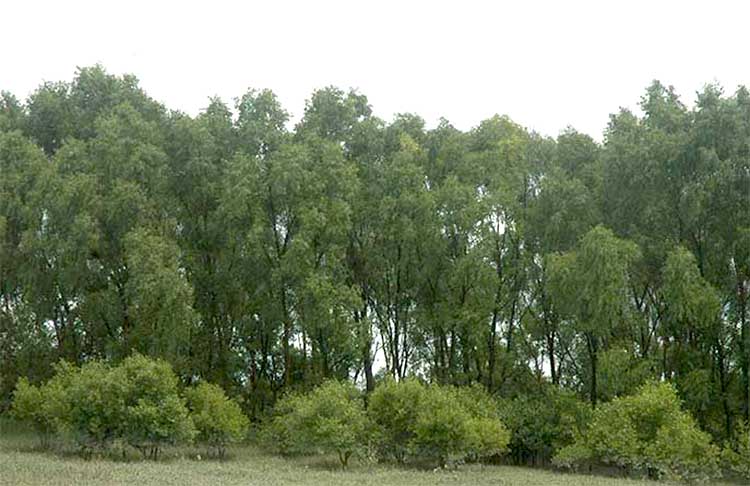 The coastal region of Bangladesh has been vulnerable to natural disasters for ages. However, the people both in south-eastern and south-western regions managed their vulnerability based on community knowledge and adapted a number of coping method not only to survival but to earn their livelihood. But due to change of global economic trends mainly for the developing countries with diverse natural resources could not save them and had to undergo several instructions by the institutions like World Bank, IMF and UNDP for export-oriented growth. Since then the livelihood of the coastal poor people became vulnerable and they have lost a number of natural resources including mangrove forest.

The scale of the vulnerability has been further intensified recently due to rapid global warming and climate change. Thus now a day the realization to protect natural resources and especially mangrove forest has been felt by the people and policy makers on an urgent-basis.

BeezBistar Foundation experienced the situation with an urgent priority. BeezBistar Foundation learnt the situation from UBINIG – a leading policy research, which has been playing leading role both in national and South-Asia regional level in the field of ecological agriculture, livelihood, community knowledge and mangrove forest. UBINIG has been playing leading role in these development sectors since early 80s

BeezBistar Foundation realized that under these circumstances and especially in the context of climate change and severe livelihood crisis, the mangrove vegetation has a tremendous role to play for guarding against such natural disasters and to meet the community need for their survival. In addition to face the unforeseen calamities, the mangrove offers habitat for a wide array of biological diversity includes birds, animals, amphibians, reptiles and aquatic life forms including fish. As a result the establishments of mangrove will diversity the livelihood options of human population living around.

The community level meeting mainly dealt with the previous natural disasters that caused loss of lives and livelihood. The discussants and participants both recalled their experiences in the face of the great cyclone of 29 April, 1991, crossed the Bangladesh coast during the night. It originated in the Pacific about 6000 km away and took 20 days to reach the coast of Bangladesh. It had a dimension of more than the size of Bangladesh. The central overcast cloud had a diameter exceeding 600 km. The maximum wind speed was 225 km/hr. The maximum storm surge ranged between 5 to 8 m. The loss of property was at about Tk. 60 billion. The death toll of human was at 150,000; cattle head killed 70,000.

The SIDR passed over Bangladesh on 15 November 2007. The loss of life and property was colossal. Soon before the scars were healed, Nargis, another cyclone rocked the coastal region on 2 May 2008. On 27 October 2008, the Reshmi lashed over the coast again. Again Bijlee hit the coast in April 2009.

The community people shared their experience that they could not overcome the material loss related to livelihood including agriculture, fisheries, educational institutions, housing and others.

At that stage, the community people expressed their unconditional will to extend all kind of cooperation and support for the initiative.

Maintenance of sapling is a challenging task. As the area of plantation was deforested long before (more than 30 years) and as a result the river char area (river line) has been used for the purpose like shrimp cultivation project, fishing spots, fish drying, cattle grazing and etc. In the given situation, the project had to take optimum measure to protect the plantation areas and the community volunteers and supervisors are always engaged to let the people know the future prospectus and benefits from mangrove forest.

The project set ‘red flag’, ‘sign board’, ‘bamboo fence’ for protection of forest and the community volunteers and supervisors are always engaged to move around the plantation area.