BeezBistar Foundation (BBF) is a nonprofit non-government organization working independently or jointly with organisation of similar ideas and objectives. We work with local communities especially farmers, weavers, fishers, adivashis, dalit and other marginalised and socially vulnerable people for a properous and healthy lfe. Our guiding ethical principles are non- discrimination against caste, race, class and gender.

BeezBistar means prosperity in life and peaceful and joyful relation between human beings. BeezBistar Foundation believes in people’s capacity to transform existing situation of poverty and become properous through a mediated process of interdependent, collective and community support and actions.

BeezBistar Foundation is constituted as an NGO, and was registered on 28th November, 2010 as a non-profit organization with NGO Affairs Bureau, Government of Peoples Republic of Bangladesh under the Foreign Donation (Voluntary Activities) Regulation Ordinance (Rule 46 in 1978). 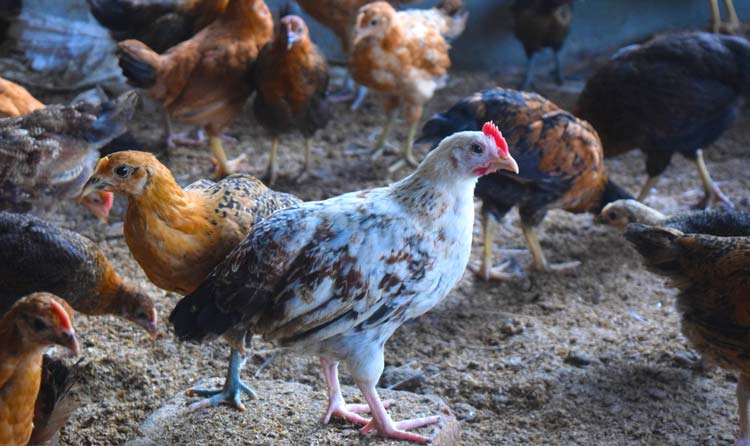 Issue Based Project (IBP) on Food Safety Governance in Poultry Sector have implementing by Beez Bistar Foundation (BBF) since 2017. The project have been supported by (Promoting Knowledge for Accountable System) PROKAS, British Council. The programme aims to improve the lives of the people in a range of key areas by creating system changes and increasing transparency and accountability in poultry sector. The project have been  bringing together the government, civil society, Local government Institutions and the private sector to develop partnerships and promote new ways of working relationships that better serve the citizens for strengthening food safety governance in poultry sector.

The intervention have been leading to the production of safer poultry products for citizens and increasing of the economic benefits to small-scale farmers including the women and youth. Improvement of  transparency and accountability through achieving lead to create awareness on COVID 19 preparedness and safety measure for the production, marketing and consumption of poultry products as a whole strengthening  food safety governance in poultry sector.

BeezBistar Foundation working particularly promoting NAYAKRISHI, that is biodiversity-based ecological farming, which includes domesticated, semi-domesticated or natural species and varieties: plants, fish, animals, birds including aquaculture, nursery, animal husbandry, poultry, nursery, horticulture, traditional and ayurvedic medicine or any activities proper for agrarian communities including community planning, landscape development and economic activities. Biodiversity and Genetic resources working for ensuring in situ and ex situ conservation of biodiversity and genetic resources and associated local knowledge systems. Nayakrishis activities is going to work with thousands of Nayakrishi farmers, a biodiversity based ecological agriculture farmers movement, who are spread over 19 districts in three major agro ecological zones of Bangladesh. Nayakrishi has particular focus on food and seed sovereignty, with promoting agriculture as a way of life and essential for the survival of humanity. It Implies that agriculture while ensures food and nutrition also creates and reproduces relations that are essential for a healthy and happy community to identify strategic areas the project addresses threats that cause insecurity for life and livelihood, particularly food and food sources.

Mangrove Plantation in the Coastal Region

Bangladesh is prone to natural disasters. These include drought, excessive rain, cyclone, flood, inundation, water logging and tidal surge. Of all the regions, the coastal belt is most vulnerable and often times worst affected. The intensity of tornado and cyclones has increased recently. The scale of the vulnerability has been further intensified recently due to rapid global warming and climate change. Under these circumstances, the mangrove vegetation has a tremendous role to play for guarding against such natural disasters. In addition to face the unforeseen calamities, the mangrove offers habitat for a wide array of biological diversity includes birds, animals, amphibians, reptiles and aquatic life forms including fish. As a result the establishments of mangrove playing the diversity the livelihood options of human population living around. The mangrove forestation is very useful for protecting such disasters. With a view to establishing green belt of mangrove on the coastal belt of Bangladesh for saving the region from natural disasters, Beez Bistar Foundation intends to establish mangrove vegetation in the inter-tidal region in selected char land (newly accreted land) of Chakoria and Maheshkhali upazilas of Cox’s Bazar and Zia Nagar, upazila of Pirojpur district. The main species of plants to be planted include keora, bain and chaila (Sonneratia caseolaris). 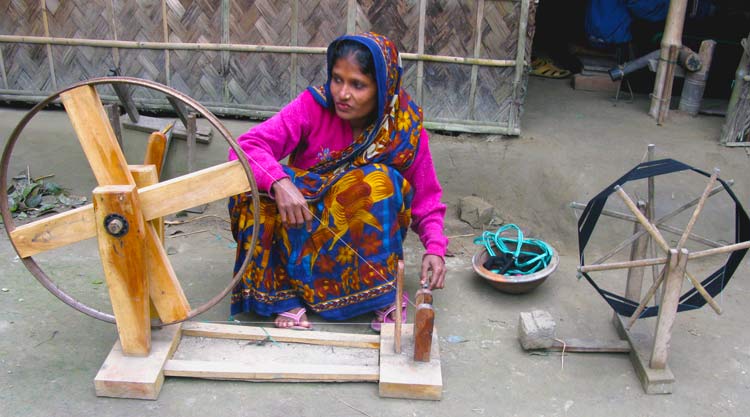 Handloom is an ideal rural industry that has enormous capacity both in bringing economic return to rural population and capable to absorb large number of people surplus to agriculture and fostering an economy that can sustain on the domestic market. The conceptual premise of handloom weaving activities lies in appreciating the significance and value of handloom and the urge ot search for a rural development approach that can transform rural economy positively by linking the sector to domestic economy. This was the major critique against neo liberal economic policies that dictated export based development model instead of a strategy that enhances export capacity of Bangladesh based on internally articulated economy. We needed export but not export pockets or export processing zones widening gap between the rich and the poor in Bangladesh and alarming decline in the source of livelihood for both rural and urban population the neo liberal economic policy and the development intervention. The importance of investing scarce development resources in strategic areas with direct implication for macroeconomic policies and providing support to ensure a critical mass that is capable to mainstream the results. The overall objective of the handloom weaving project has always been demonstration of artisan, entrepreneurial, technological and economic significance of rural handloom activities and its role in wealth creation, poverty alleviation and empowerment of the poor and disadvantaged section of the rural population. Handloom is integral to the rural agrarian activities. The project therefore is integral to the idea of rural development, disseminating and advocating. Weaving activities in accord with Nayakrishi, the biodiversity based ecological agriculture; contributed to the idea and practice of ecological villages that are also economically prosperous or at least contributed to rurlal life that does not degrade of life and livelihood in the rural areas. These are significant success of the earlier phase of the project.