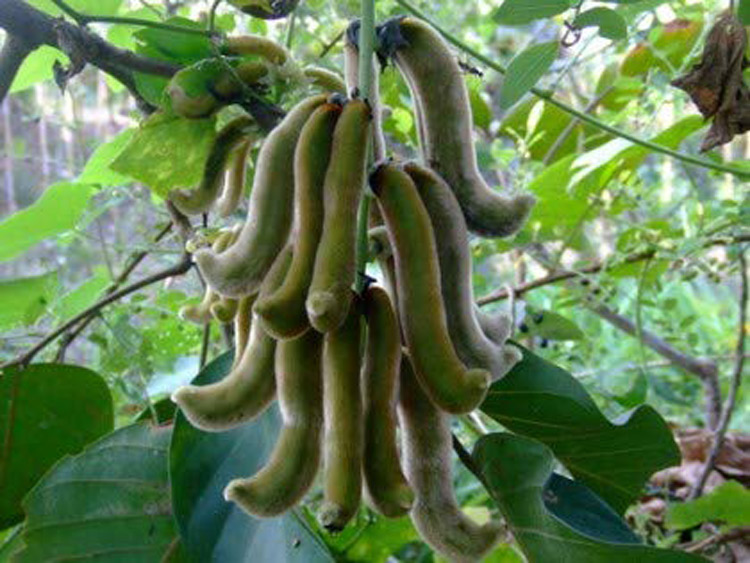 Velvet bean is originally a plant from south Chaina and east India and now grown throughout the tropics in limited areas. The plant is Mucuna pruriens in Latin, refers to itching sensation as a result of contact with pod hairs. The plant is vigorous annual climbing legume. It is drought resistant but cannot tolerate water logging.

Velvet bean is also called magic bean. As an efficient cover crop it contributes to weed control of Impetata spp. in Benin and Ghana, is of major significance. The use of velvet bean to control Impetata spp. and Saccharum spp. has also been reported from Colombia and Panama (Buckles et al. 1998).

Velvet bean as a legume cover crop with important agronomic and medicinal uses, have potential for further assessment and extension in Bangladesh in the salinity prone coastal region and less fertile drought prone high lands in other agro-ecological zones in kharif season.

Velvet bean can also be grown in the inter spaces in the plantation of fruit gardens of papaya, banana, guava, citrus, litchi, jackfruit and mango to suppress weeds, cover soil and add nitrogen in addition to suppression of nematode and produce yield of bean.

Velvet bean may be tried in the tea garden in kharif season as a cover crop in the interspaces of tea plants and control weed instead of using roundup ready, as an herbicide. It will ensure production of organic tea, add nitrogen in the soil in addition to yield of bean.